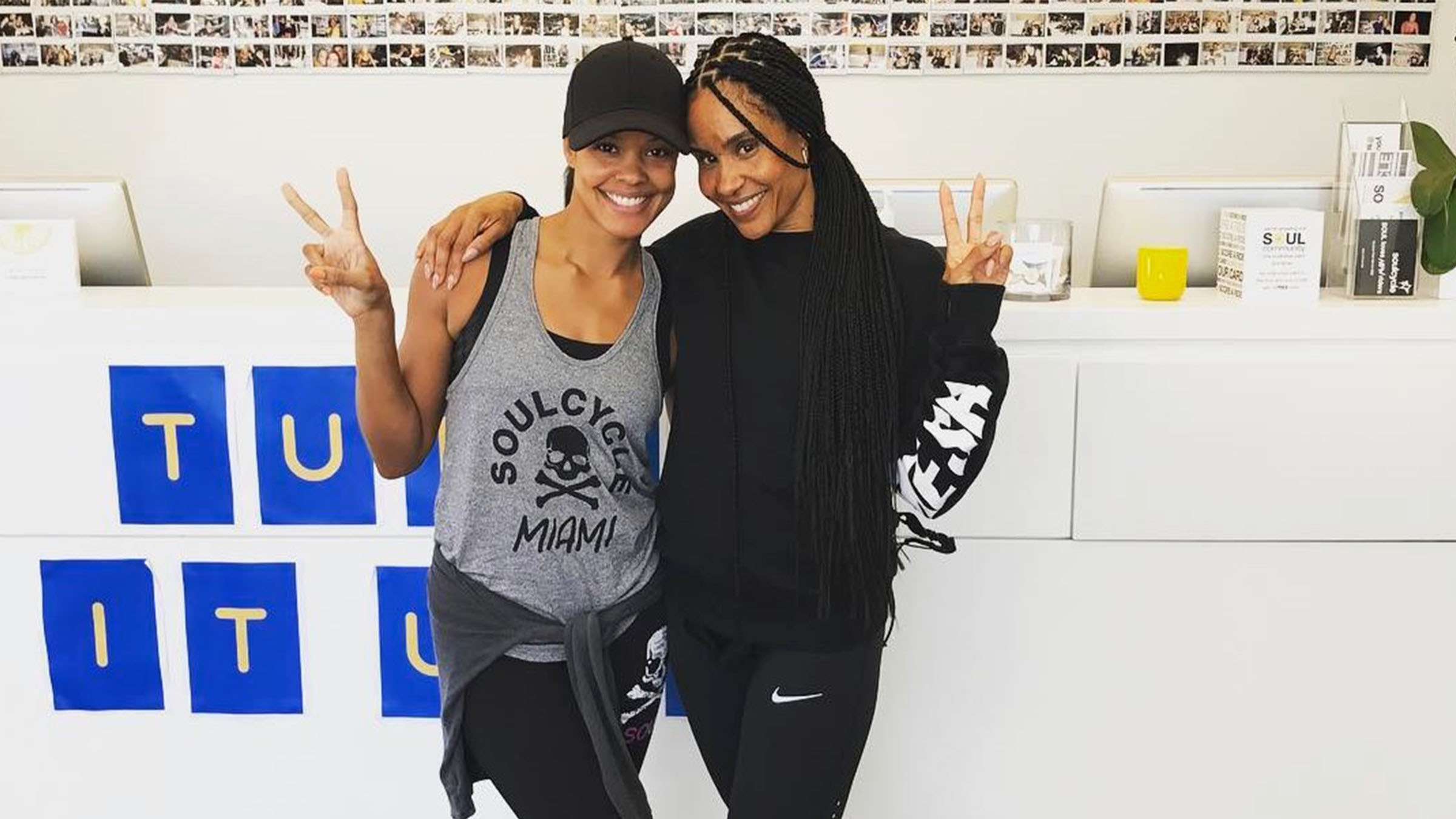 The Scientifically Proven Secret to an Even Better Ride

ven though you're the only one physically pushing your bike's pedals up and down, who says you're going it alone when you clip in at SOUL?

Community is everything at SoulCycle — all the more reason to bring one of your pals along the next time you come to class. More than just having a familiar face in the studio, there are definitely perks to saddling up with a friend. Find out more, ahead.

Accountability. If you're trying to achieve a goal, whether it's being part of that pre-dawn rooster crew or maintaining a riding schedule of twice a week, knowing that a pal is going to be there waiting for you makes you that much more likely to show up. After all, you wouldn't want to leave your bud hanging, right?

Scientifically proven results. A 2016 study by the University of Aberdeen showed that not only were exercisers who found a new gym buddy more likely to stick with their exercise habit, but having an emotionally supportive companion sweating alongside them strengthened the effect, making the participant even more likely to keep those legs moving.

Motivation. Think of it as the power of the pack, multiplied to the nth degree. When you look to the side and see your bestie riding to the beat right alongside you, it gives you that much more juice to stay on rhythm and keep pushing up that hill.

It can help you sync GCals for once. Think of that friend who you've been meaning to catch up with, but whose hours never seem to match up with yours, or the one who's booked solid every weekend. By turning them into your fitness friend and meeting up for class, you've got a sweat sesh and a social outing all in one. Problem solved.

It's fun! You won't be chatting it up during class, but that's what the weekend post-ride brunch is for. Think about it: you and your bud have already worked out and gotten to the same place at the same time. Bonus: you're both wearing stretch pants already, the preferred uniform of off-the-clock winners everywhere. Why not use your post-sweat time as a social hour too?

Because Michelle Obama says so. If all that doesn't convince you, let former first lady M.O. tell you about the perks of exercising with a pal. "When I was at the White House, I often hosted bootcamp weekends for my close girlfriends," she said. "It didn’t matter that we were all at varying fitness levels. Our bootcamp weekends were a reminder that if we want to keep taking care of others, we need to take care of ourselves first."

Meet the Best Friends Who Tap It Back Together: ARIELLE KAHN and NIKI GRANT
Sydney’s Bring-a-Friend Challenge for March
A Very SOULful National Best Friends Day