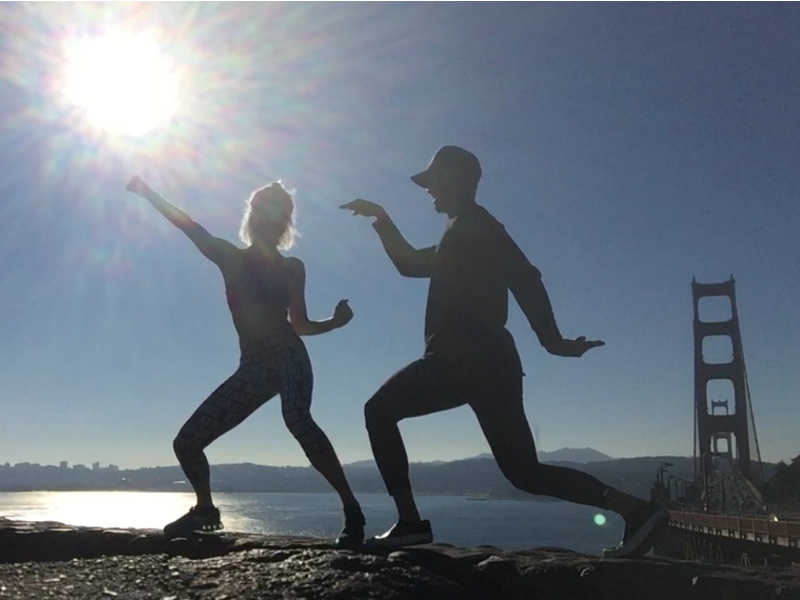 If not SoulCycle... then what?
Luigi Aldon: Rachael would be in law enforcement. Can’t you imagine her as a fierce FBI or CIA agent?
Rachael Brooke: Luigi would be a backup dancer for a famous pop diva or star in his own Bravo reality series as a spin off of Real Housewives.
Starbucks orders?
Luigi: Double tall iced skinny caramel macchiato with extra caramel.
Rachael: Double tall iced skinny caramel macchiato. The day we realized this was one of the best days of our lives. 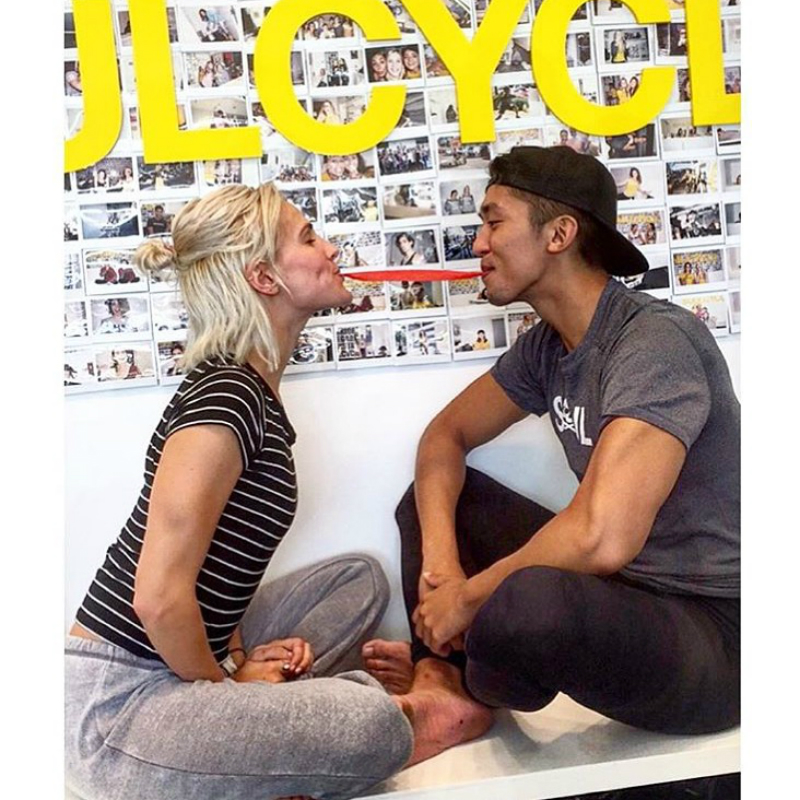 Biggest pet peeve?
Luigi: She hates Mariah Carey. It’s her one character flaw.
Rachael: SHHHH LUIGI. Condiment based foods, which I will never get.
What would the other take from your closet?
Luigi: My crewneck sweatshirt with a picture of Britney Spears crying on it. She actually has it now!
Rachael: My silver spandex/any of my leotards. 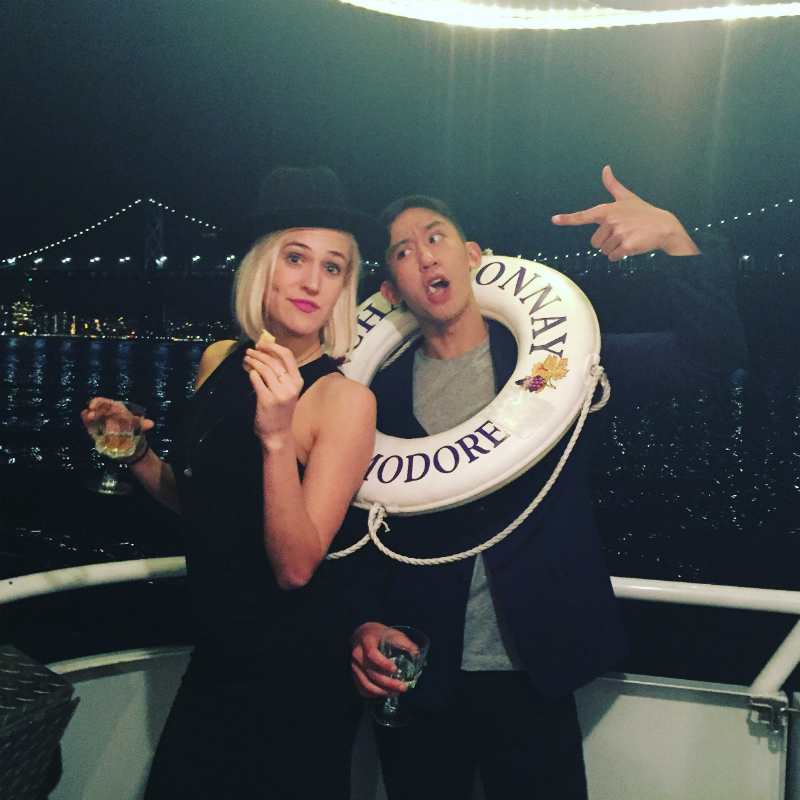 One item the other can’t teach without?
Luigi: High cut sports bras and printed leggings.
Rachael: BLACK tights on bottom (he refuses to wear prints) AND a snapback.
Most prized possession?
Luigi: Her cat, Jeffrey. Follow him on IG: @coneheadCat
Rachael: His phone. JK he loses it weekly. Ummmm…. his sweatshirt with Britney Spears crying on it? (Oops...) 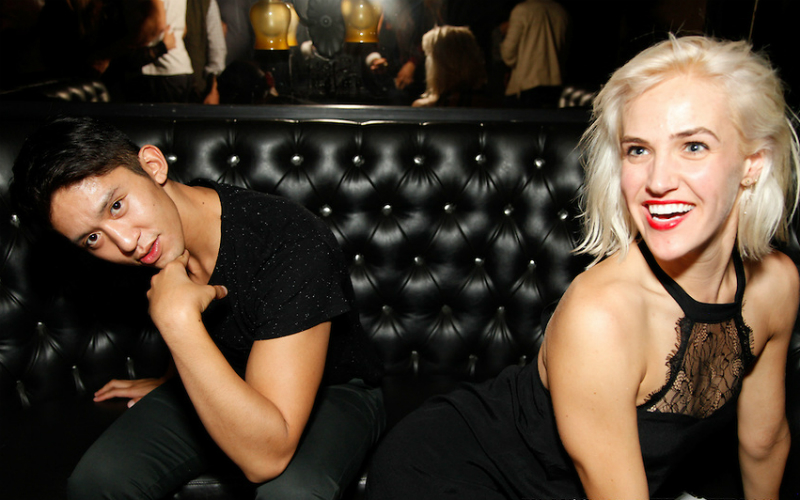 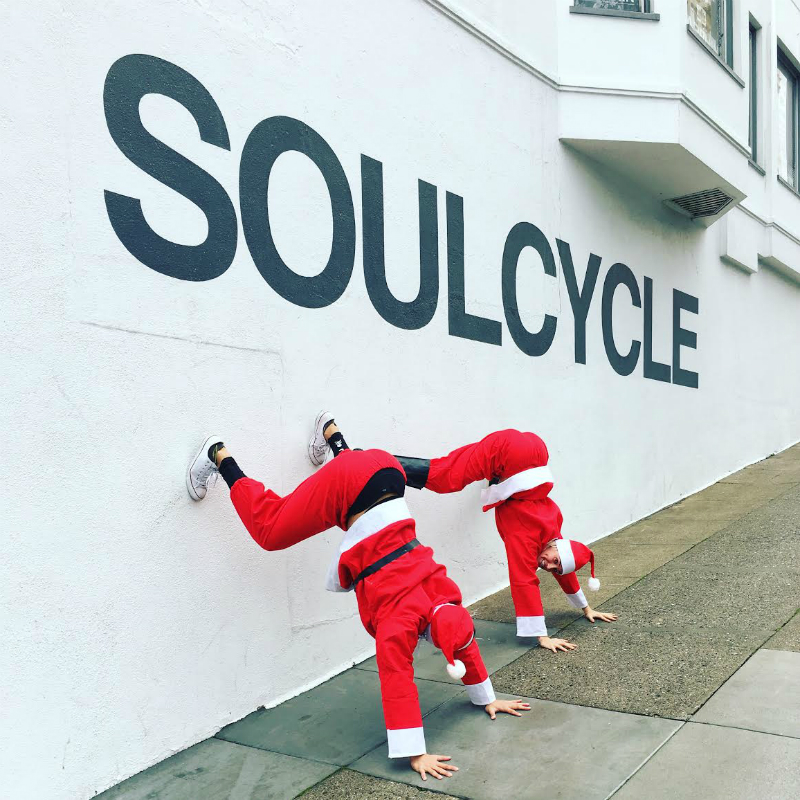 Go-to karaoke song?
Luigi: SHE’S NEVER EVEN DONE IT.
Rachael: He does a really good Lady Marmalade. cc: Ian McAndrew
Go-to comfort food?
Luigi: She has a thing for the $0.99 McDonald mozzarella sticks. #health
Rachael: Breakfast burritos of any kind. His dream is to open a breakfast burrito restaurant that serves them 24/7. 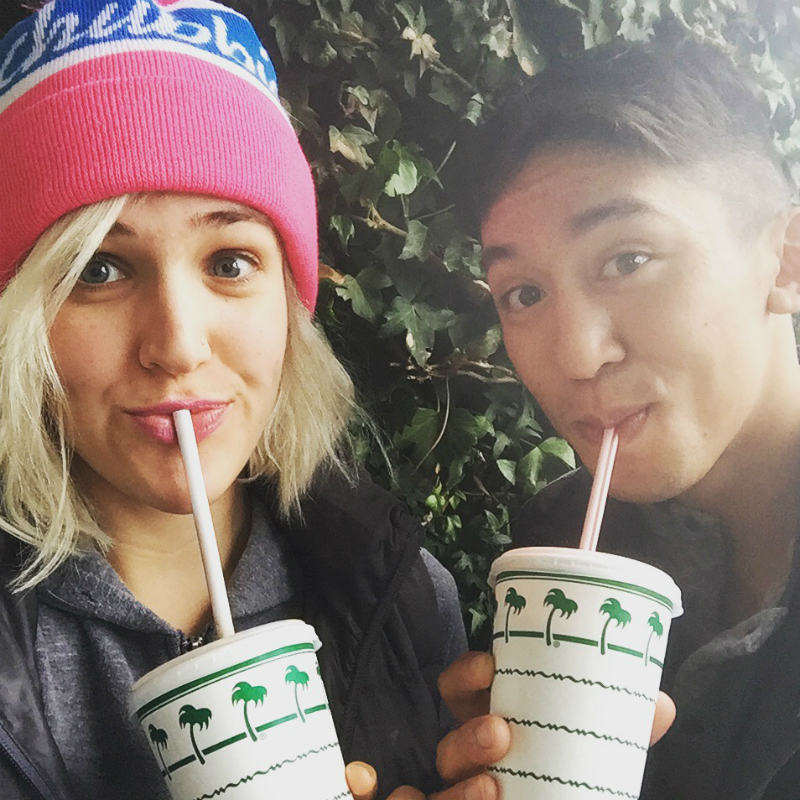