October 7, 2015
Rockstar MATT MILLER shed 50 pounds and gained a sense of community, strength and magic when he finally found SoulCycle and went from rider to SOUL HQ employee. Now leading the pack in NYC, he shares his journey and what it means to have finally realized his dream... 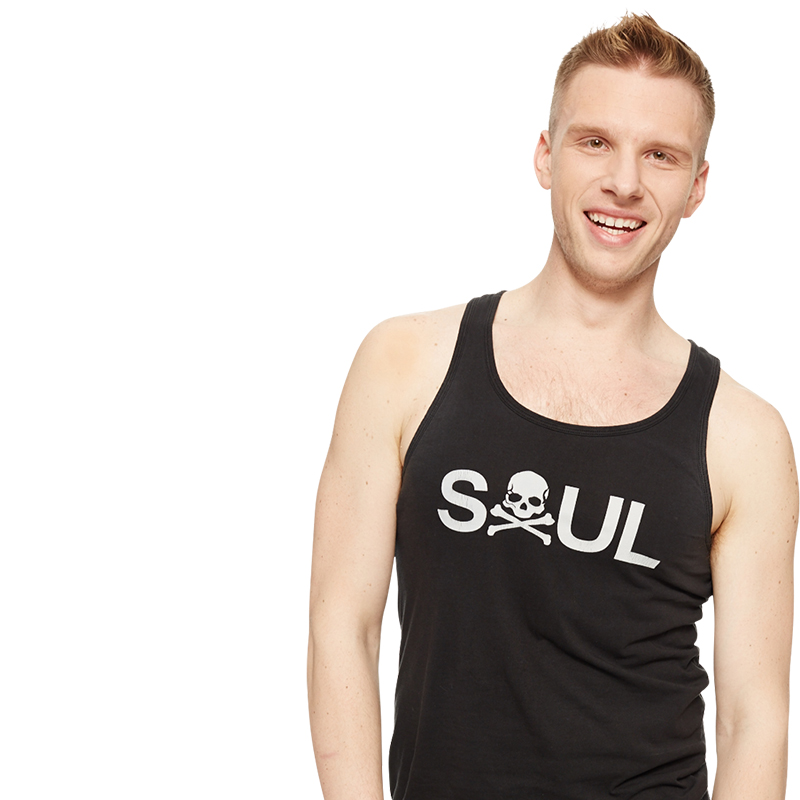 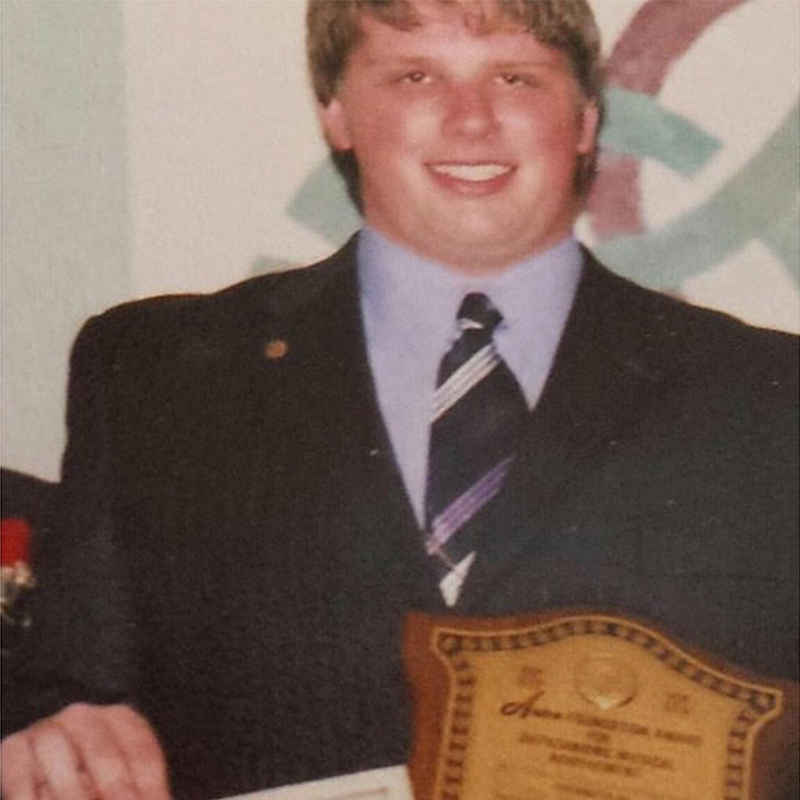 Tell us about your physical transformation.
I definitely lost and gained weight a thousand times in my life, but I kind of accepted it as who I am and how my life goes. There was definitely a big push that got me to where I am. Logistically, I was on Weight Watchers, which was amazing. I think portion control is super important, and I learned that. That was actually most of 2014 for me, when I lost the bulk of my weight.
How did SOUL factor in?
I was also riding hard classes. I started taking with Janet and Rique like 12 times a week. In the beginning, when the weight started to go and I started to see that maybe one day I could actually become an instructor — I really kicked it into high gear. Throughout last winter, I would get up at 4:30 AM, be at the gym by 5:30 AM, lift from 5:30 to 6:30, then go take a 7:00 AM class. Then I would go to the office and either ride on my lunch break or ride after work. That actually all happened after my first audition, when I wasn't accepted into the training program. 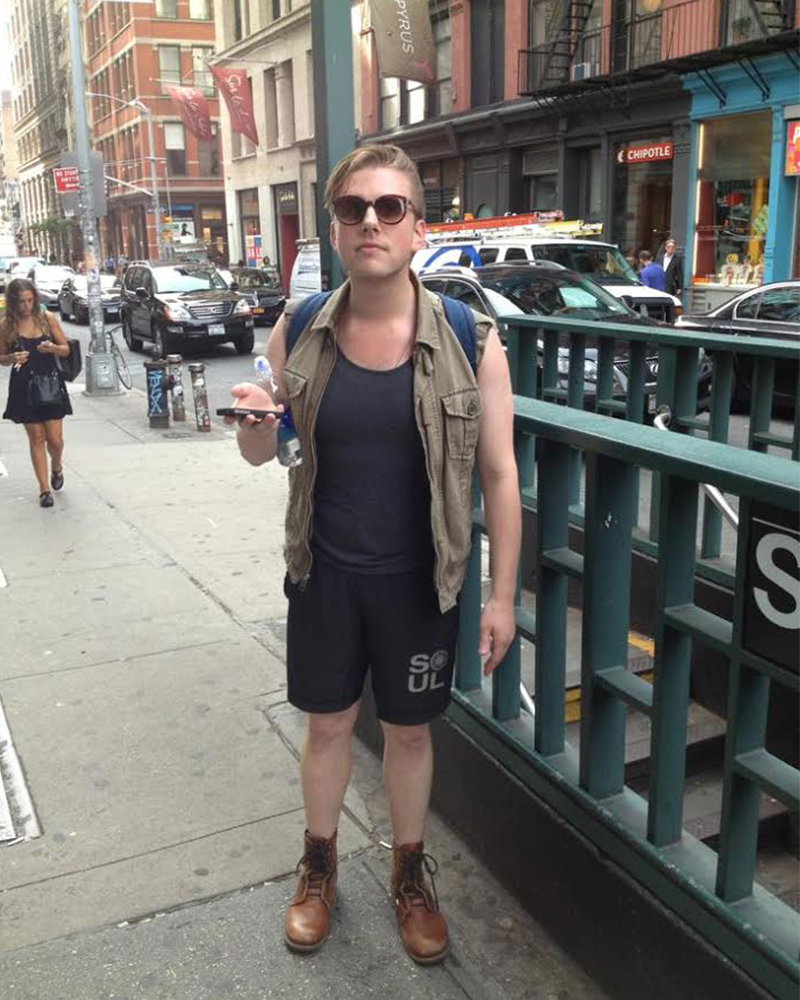 Tell us about your audition process.
I auditioned in November, didn’t get into the program, and I remember feeling like I had done everything I could, and being at a loss for what else I could possibly do. I finally had this moment like, “you’re just going to have to work harder than everyone else. You’re just going to have to do it, whatever it takes.”
Where did you find support?
My boyfriend Thomas, bless him, has just been the most amazing support system. He works at Union Square, and he just gets it. That was great because I didn’t have to explain myself; he understood what I was doing and why I was doing it. So that routine was definitely the final push for me.
When did you re-audition?
March or April — and I kind of did it on a whim. I remember I saw a posting that it was, like, a week away, and I was thought, “I guess so, sure” in regard to auditioning again. The first time I auditioned, I had my songs picked out a month ahead of time. The second time, it was the night before and I was sitting in my bedroom. I looked at Thomas, and I said “I guess I should pick my songs now.” I just did it the total opposite way.
Wow, maybe it was meant to happen then.
And it’s interesting too, because my audition was definitely better the first time. It’s that I wasn’t ready, and the second time, my audition was not my best, but I was ready. It’s just a thing of how it happened, and bless the training officers for seeing that. They said “we know you and we know what you’re capable of.”
How do you feel different now that you’ve realized this goal?
Today I was teaching, and I looked out at these people — they don’t know me, I don’t really know them — and they were working their butts off. I just became really present and understood how hard everyone was working for themselves.
How did that feel?
It felt like such an honor to get to be with them while they were doing this work. I just didn’t take that lightly, that I get to facilitate that. I almost feel unworthy, in the best way possible, and not responsible. Like, I put together a playlist, I have a vision and I go and teach a class, but the magic happens on the other side. I’m just going to provide the opportunity. When people take the opportunity and they go there for themselves, that’s on them — that’s you. And what an honor for me to get to be with that. That’s magical to me.
Who is your biggest inspiration?
My family. No matter what it was, no matter how hard it was or how impossible it seemed, my parents have always just told me to follow my dreams. Even if the dream changed, they’ve always just been so supportive.
Anything you’d like to add?
I’ve been a part of this community for so long now that I just feel really honored to be able to provide the experience to other people that has been given to me. I can only hope that it’s at the same level that I’ve experienced.
Catch classes with Matt Miller at SOUL West Village and SOUL 19th Street! Want to ride? Grab a series HERE and book a bike! Questions or comments? Email blog@soul-cycle.com!
MORE FROM SOUL
Stephanie Pearl's Tips for Pregnant Riders
Soul Q&A: Jessica Posner Odede
Soul Story: Kim Diamond
What Akin Eats For Energy