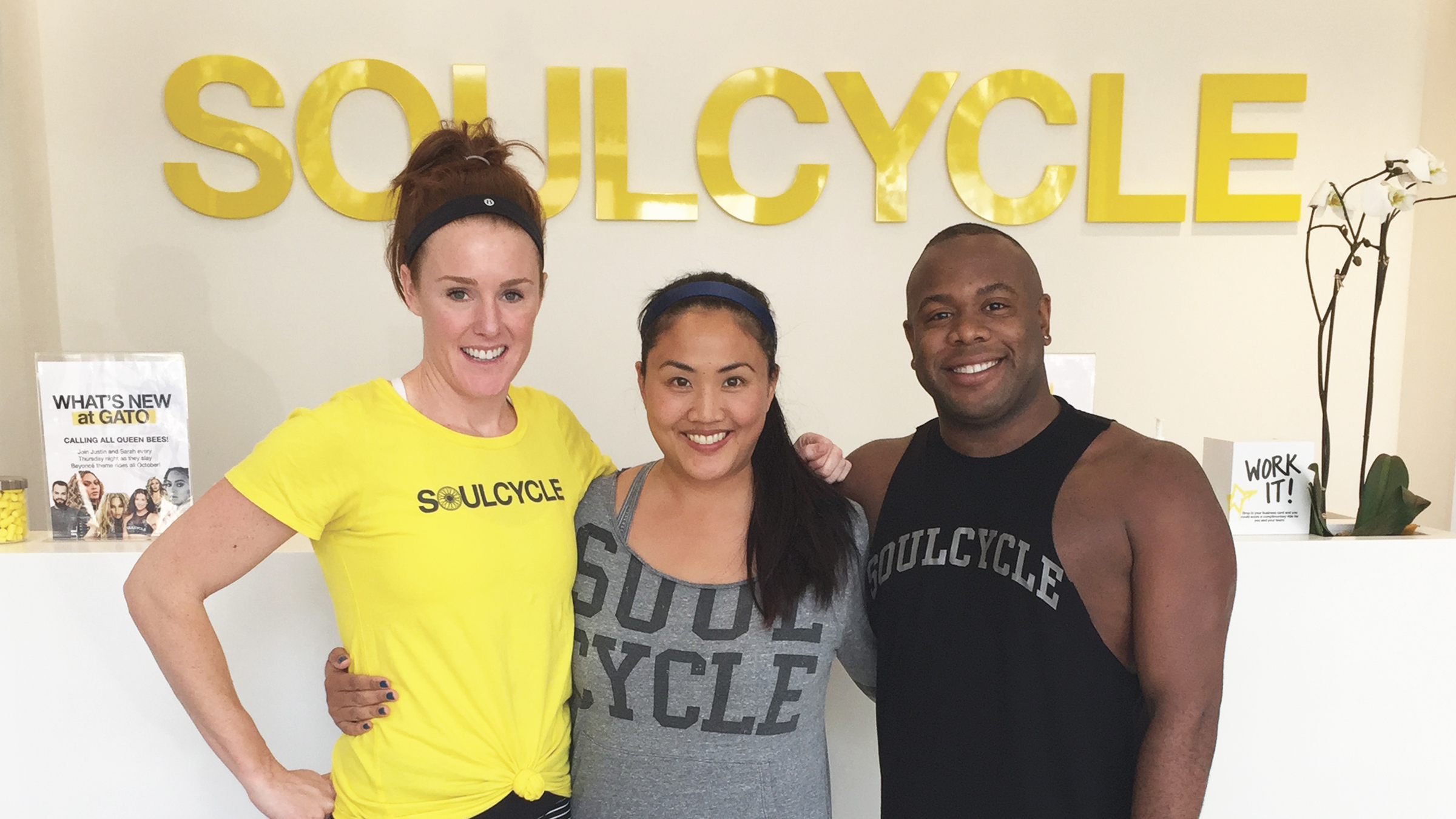 alifornia rider Melissa Wilkins found some serious SOUL as she faced a major surgery. Find out how this incredible rider is fighting her way back to the bike.

I took my first SoulCycle class with KAMELLE in Palo Alto, California two years ago. SoulCycle changed me from the very first ride.

When I took that first class, I lived an hour away from the closest SOUL location. Then, LOS GATOS opened. The commute would only be 15 minutes. No one was more excited than me!
The opening couldn't have come at a better time: I had a hysterectomy scheduled for August 31st. Now, I had a means to exercise and the opportunity to build my confidence and strengthen my SOUL before this major surgery.

I took as many classes as my time and wallet would allow, and with every ride, I got stronger and more confident. Those 45 minutes — church on a bike, I like to call it — can completely changed my perspective on the importance of self-love. After those 45 minutes, I leave every class excited to be a better wife, mother, and friend.
Hysterectomies for women in their 30s aren't that common, and the road to this surgery was a rough one. While at a seven-week ultrasound for my daughter in late 2015, doctors found a 10-centimeter uterine fibroid (benign tumor). They diagnosed me with IUGR (intrauterine growth restriction), also called fetal growth restriction. I was told that my daughter would have to fight this tumor every day for blood supply. I was told she would be born at just 4 to 5 pounds. I was devastated. With prayers and God's grace, she was born a healthy 7 pounds on August 1, 2016.

The doctors were confident that the tumor would shrink six months into breastfeeding because of all the hormones, but after an ultrasound, there it was — that big, familiar black circle. It had not shrunk even a centimeter. Bonus: they found a second fibroid as well.

At the suggestion of my OB, whom I trust more than anything, and after weeks and weeks of research on my part, I decided to schedule my hysterectomy surgery. They would take my uterus, fallopian tubes, and cervix, and leave my ovaries. My husband and I knew we were done having children, and I just couldn't live with this soccer ball-sized tumor in my belly that was predicted to grow over time. The surgery was scheduled for two-and-a-half hours, but it took almost four. The fibroid was even larger than the ultrasound showed — a whopping 13 centimeters.

After what should have been two weeks of narcotics and other drugs, I'm down to ibuprofen just four days later. I attribute my quick healing to SOUL challenging my body and mind before my surgery, and preparing me for the mental and physical complications that can happen after a surgery like this.

I will be cleared to exercise in four to six weeks. You know what's getting me through this? It's knowing that in four weeks, I'll get to put my new Shimano bike shoes on (a gift from my husband), and kill it again in Kamelle or CASEY's classes. I will do whatever it takes to get back on the bike and tap it back.