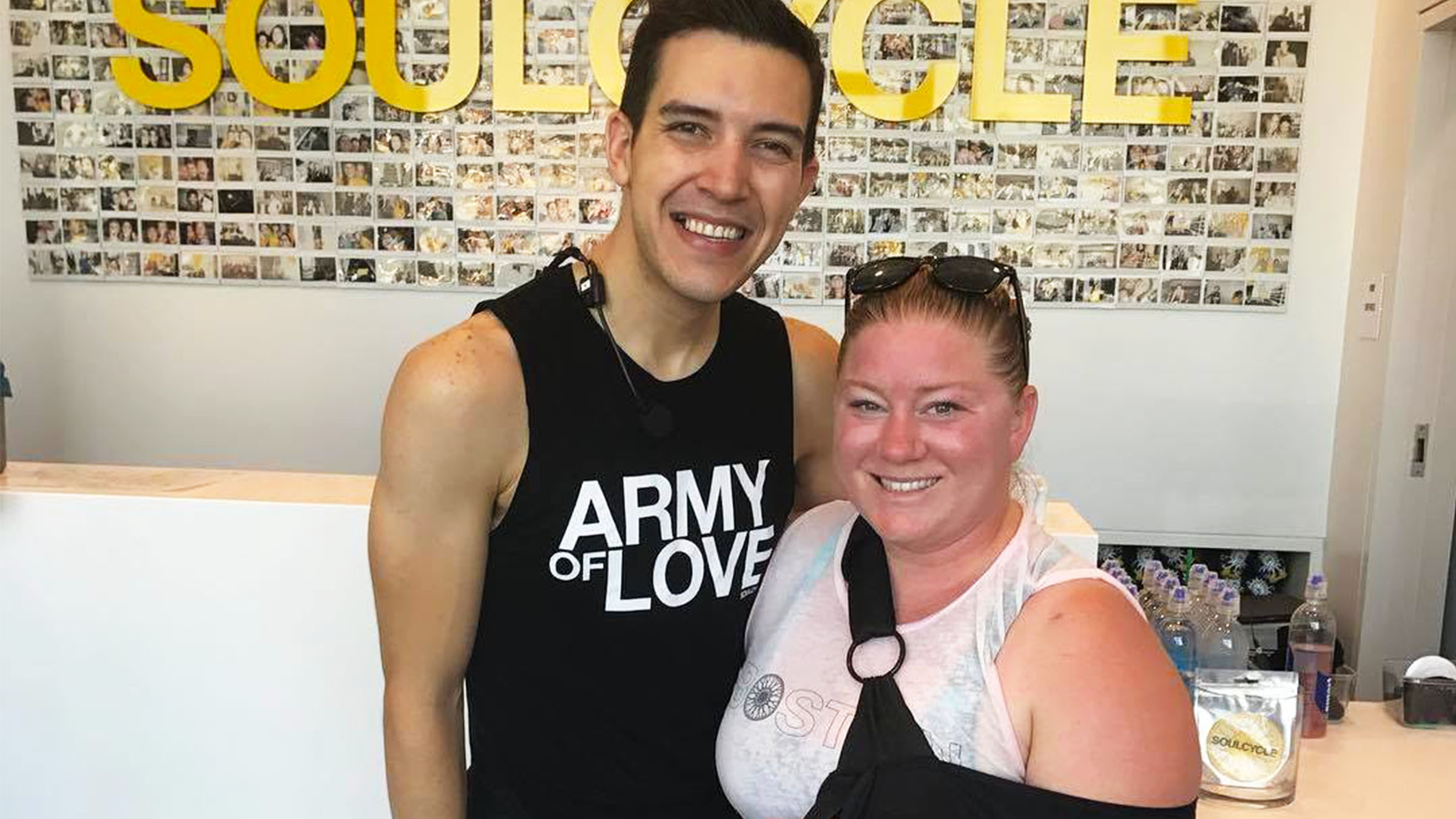 How One Class Changed This Brave Rider's Life

oston rider ERIN MARLOR made a major life change after one unforgettable moment at SoulCycle. Read on for more.

Almost two years ago, I was living in a five-bedroom apartment in the Outer Sunset district of San Francisco. I was working 80 to 90 hour weeks for a solar company and commuting three, sometimes four times a month, to the East Coast. Eventually I got to a breaking point. I was completely miserable in SF. I had few friends, work was stressful, and I hated my apartment.

During this time, I spent over nearly a month in Massachusetts to support my sales team in a 17-day event. While out there, I started to form real friendships and found something that felt like home. I met with one of the directors I supported and he offered me a position in the area. I spent the next few weeks killing myself to impress my potential new boss and make my event a success, and dreading the conversation I had to have with my then-boss when I got back to San Francisco. The 25 days came to an end and I jumped on a plane back to California. I had the hard conversation with my boss — she tried, pleaded, finally caved, and said she would move me. Less than two months later, I was living in Boston.

I adapted quickly to my first year in Boston. It immediately felt like home. I was comfortable here, I got along with people easily. Yet, I was still working endless weeks and long hours. Stress at work continued to mount and, as the company began to go through a merger, people were losing their jobs. It was no longer a good environment for me.

Luckily, around this time, I found SoulCycle. I remember my first class like it was yesterday: It was a cold February evening and I'd been waitlisted for JEFF's 6:30. I arrived at the studio early and the staff was extremely nice and welcoming. I got into class and was given a spot on bike 16. The door opened to the studio and, to my surprise, I was right in front, on the sidebar. My stomach literally dropped! The staff helped me set my bike up, the lights went off, the music started, and we began pedaling.

That first week, I went four times in a row: I was hooked. Every class I sat on the same bike: number 16 on the sidebar. I found something I was a part of. Even though I didn't know anyone, I still felt connected to something bigger than myself.

Over the next few months, I continued to ride consistently. I got to know a few different instructors who have become influential in my life: SAL, JOHNNY, and RYAN.

Through SOUL, I learned that I was unhappy where I was, especially in my career, and that I needed to make a change. Deep down I had known this for a long time, but it was in one of Jeff's Wednesday evening rides that it clicked. It was the last song of the ride, all the lights were off, and the candles were blown out. The voice of Sia came through the speakers. I hadn't heard the song before, but every word struck a chord in my heart. The chorus came through — "I'm still breathing, I'm still breathing" — I was still breathing. Then, "I'm Alive...." — after those lyrics, I lost it. It was in that moment that I knew I needed to make a change. I broke down in tears, but I made it through and finished. It was the hardest few minutes of the last 11 years of my life. After that class, Jeff gave me a hug and I knew I could make the change!

Less than two months later, I gave notice and left my job for a new one that allowed me to stay in Boston. I've been at my new job for six months — it's been a good change and I am beginning to find work-life balance.

The one thing that has remained constant over the last six months is SoulCycle. I know my journey with SOUL isn't complete... I don't think it ever will be. It's like Sal always says, "If it doesn't challenge you, it doesn't change you."

15 Fill-In-the-Blanks with Jeff Rieber
This L.A. Rockstar’s SOUL Transformation Will Inspire You
The Rider Who Biked Every New York City Borough With SOUL