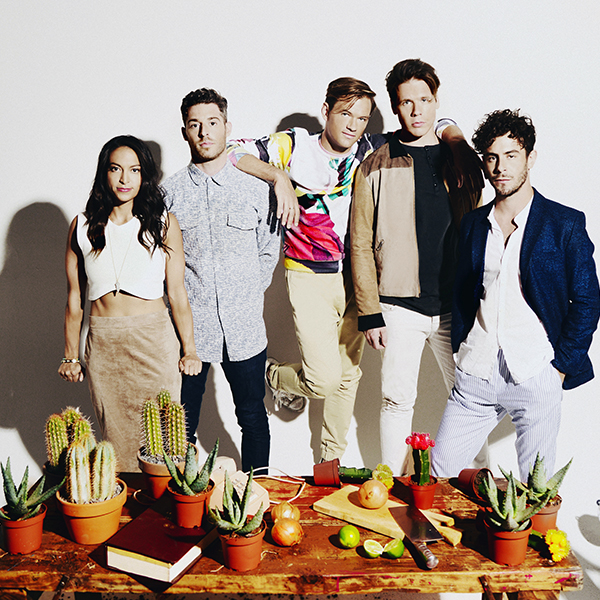 What inspired the name St. Lucia? Other than the fact that it’s an amazing Caribbean island, is there any significance?
When I was looking for a name for the project, I took out a map of South Africa (where I'm from), held a pen, closed my eyes and put the pen down on the map. The fifth try was St. Lucia in South Africa, which is a place I used to go to on vacation as a child. The moment I hit it everything fell into place in my head. The music I'd been developing shared so many traits with St. Lucia, whether the island or the place in South Africa. Tropical, exotic, escapist, hazy. So I ran with it.
Your music has such a unique sound — how would you describe it?
This is probably the hardest question for any artist to answer, because we hear our own music so differently to how anyone else hears it. From my perspective, it's Retro-Modern-Alternative-Experimental-Pop, which may sounds lazy but that's just how I hear it. 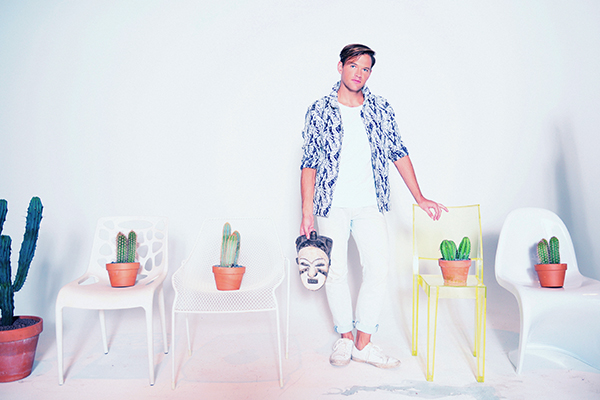 You got your start in the Drakensberg Boys Choir… how is music in the US different from South Africa?
I don't even really know where to begin to answer this question. It's different and yet similar in so many ways. I liken it to how the countries differ in general. The US is such a massive country that has so many genres and sub-genres of music, and it has the biggest pop-music industry in the world, so you have these really high stakes. In South Africa, there's perhaps a little less diversity in the music in general just by the laws of scaling, but there are a lot of interesting things going on, especially on an ethnic music level, and then at the flashpoint where the ethnic music and Western music meets. I'd definitely watch South Africa in the coming years for a lot of very interesting developments.
What inspires your songwriting?
My songs are always inspired in a very general way by the things that I'm going on in my life around the time that I make the music. I like to think that it's made mostly in some kind of subconscious brain-factory where all my thoughts and feelings and all the music I've been listening to goes in and gets jumbled up and processed and then spat out as song ideas. I'd say I'm generally a pretty positive and well-adjusted person, but for some reason it's often the more conflicted feelings that make it into songs because they're the feelings that we wrestle with or that intrigue us the most. 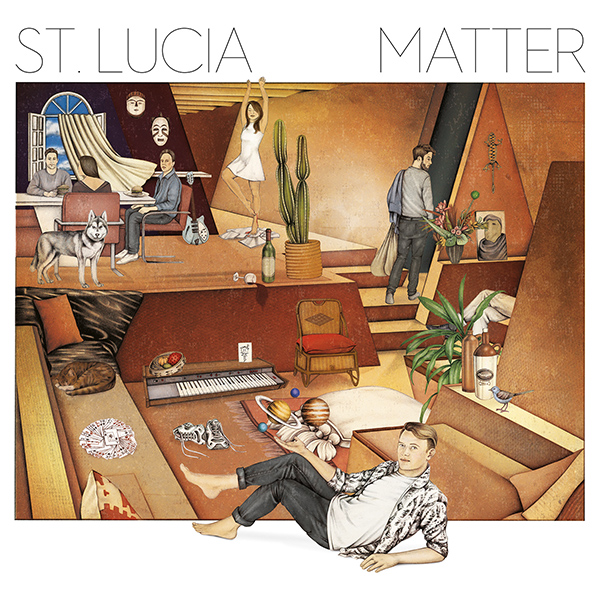 Your latest album is called Matter. What’s behind that name?
As I was writing and developing the album, it became apparent to me that I was writing a lot about themes of existential crisis and change in all its' many guises, and then as we were thinking of titles Patti (my wife and keyboard player in the band) came up with the title Matter. I was instantly taken by it, because I liked how when Matter is used by itself it takes on such a ambiguous quality, but all of its meanings are in some way interlocked. Matter: what we and everything is made of. Matter: Things that 'matter' to us. Matter: a 'matter' we have to deal with. etc etc
How long does it take you to write a song? Where and when do you do it?
This varies widely from song to song. Some songs take years from start to finish, with a lot of negative space in-between. Some songs take a night, or a few hours. I'm constantly writing in one way or another. You may see me in a restaurant or on the street or in a gallery singing awkwardly into my phone because  my subconscious just spits things at me, normally at the most inconvenient moments, and I just have to catalog them somehow. Over the last few years I realized that I'd have to get used to writing and demoing on my laptop because we'd started touring so much, whereas before that I had my own studio that I'd work out of. So now, most of my writing is done on planes and vans and buses because that tends to be some of the only quiet time I have these days.
What was your first concert that you attended?
The first concert I attended that I can remember was a concert in South Africa of some of the local bands that were popular at the time: Just Jinger, Amersham and a couple of other bands I can't remember the names of right now.
And what about the first one you performed in?
The first I performed was with my first school choir at the Johannesburg school choir competition. I had my first solo in the song 'New York, New York', which is kind of creepy in how it would predict where I would end up in my life.
And now you’re in NYC — and you ride at SoulCycle. Describe your first ride.
Pain.
But you came back! Do you have a mantra that motivates you?
It might sound corny or like The Secret or something, but I always try tuning in to what my inner voice/intuition is telling me rather than listening to logic or what other people say.
What advice would you give to your 18-year-old self?
Don't overcomplicate/overthink stuff. But also, sometimes you have to go through overcomplicating/overthinking stuff to get to the other side.
What is your go-to karaoke song?
“You Make My Dreams Come True” by Hall & Oates.
Which fellow musician would you most like to meet?
Kate Bush, all of Fleetwood Mac, Grace Jones, Peter Gabriel.
And you created a playlist for us! Thank you!
Yes, check our custom SoulCycle ride playlist below, including a few St. Lucia songs we know will get your heart pumping.
Catch a ST. LUCIA RIDE this Thursday (1/28) at SoulCycle!
NYC
NOHO at 6:30 PM with EMMA L.
DC
14TH&U at 7:30 PM with RACHEL R.
NORCAL
SOMA at 6:30 PM with PAULA
SOCAL
WEHO at 9:30 AM with BEN B.
CHICAGO
OLTN at 12:15 PM with RYAN L.
BOSTON
BKBY at 7:30 PM with SARA S.
To pre-order MATTER, click HERE!
And check out their new video below and more from St. Lucia on Spotify HERE!
Questions or comments? Email blog@soul-cycle.com! Want to ride? To book a bike, grab a series HERE> then book a bike!
MORE FROM SOUL
40 Songs Our Instructors Are Obsessed With This Month
SoulTunes Takeover: The Chainsmokers
Soul Talks to Demi Lovato
Soul Talks to Jennifer Lopez
The Music That Motivates Rachel Rivas