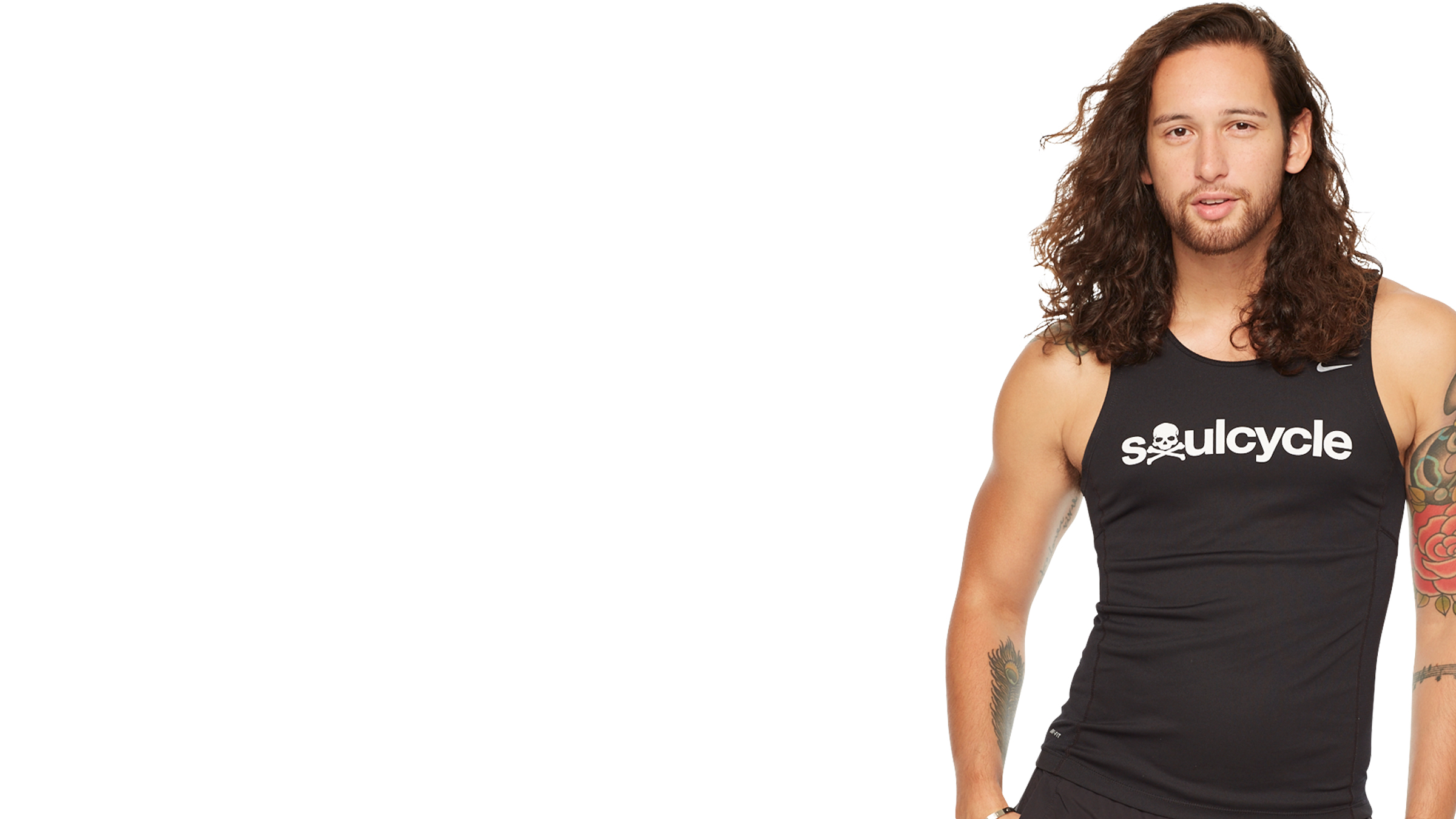 Ian's Breakthrough on the Bike

ave a ride that rocked your world? Bay area instructor IAN MCANDREW opens up about the class that changed his life and why it inspired him to begin leading the pack…

My first class at SoulCycle was October 13, 2012 at the TriBeCa studio with Marvin. I was anxious and running late because of the subway so I ran in with about two minutes to spare, changed into my old black tank top and shorts that were too big for me, and ran into the room. My friend Ryan Foley (who is an instructor as well!) set my bike up and helped me get situated on bike 39, the lights went off, and the music started.
I can honestly say I don't remember a single thing Marvin said in class. I recall two songs and that I accidentally unclipped twice and that's all I remember about the actual ride. That said… I remember the feeling I got in class. I couldn't quite pinpoint what it was, but I had to come back and try it again.
Ryan let me know about the whole sign-up process (I didn't believe how intense it got!) and I went again. And again. And again. After my second or third class, Marvin asked if I'd ever consider teaching. He knew I was a dancer in a past life and I'm not sure what super power he has that he could tell I would love this, but I said "I'll think about it.”
Let's get a back story. At the time I was working at Maialino in NYC as a bartender. I was hitting my expiration date with that job. Working in the restaurant industry, you eventually have to make a choice to either stay in it forever or decide to do something else. It wasn't until Hurricane Sandy happened that I knew I needed to be doing something else.
My "breakthrough" moment on the bike happened this way. I lived on East 4th Street and Avenue C at the time of the hurricane, so we had to be evacuated and lost power. I ended up staying with my friend Rich Martino (now also an instructor!) in Hell's Kitchen since there was power there and we had known each other for years.
At one point in the week that we were waiting for power to come back on downtown and at the restaurant (which was closed because of no power), Rich asked if I'd want to go to a SoulCycle class since he knew I had just started riding. He told me to sign up for Lori A.’s class at West 77th Street because it was about to sell out but that he and our other friend Jen Namoff had booked a bike.
We walked to the studio (that I had never been to before) and Ryan F. texted me my bike settings so I knew what to do. I finally figured out how to clip in by myself and I saw how crazy-busy the studio was. For those that weren't riding at that time, the uptown studios were the only ones open during the storm so people were flocking to them to get a ride. I remember seeing the chaos in the lobby and the front deskers doing everything they could to get people into class. Lori taught from the floor and she put two of her strongest riders on the podium so they could get two more people in. Lights off, music up, class started.
You won't know until it happens, but the "breakthrough" moment for me on the bike was the moment that I knew I was in the right place. In the chaos of Hurricane Sandy, being displaced from my home with no job to go to and no money being made, clipping into the bike at W77 felt like home. It felt right. It was where I needed to be.
Lori A. finished the class with the Calvin Harris remix of "Spectrum" by Florence and the Machine (which was one of the more popular songs to finish with at that time) and the girls on the podium were waving their towels in the air and everyone was screaming. I felt alive. I felt back to normal. I felt joy. I felt supported. I felt at home.
Right after the class, I emailed Marvin and told him I wanted to audition. I was ready to make this incredible room my new home. I was ready to leave the comfort I had in the restaurant industry and take a risk on a new life. The rest is history... but I still get the same feeling when I clip in the bike. I'm safe. I'm supported. I'm at home.
Catch classes with IAN at Castro, Marin and Union Street. Questions or comments? Email SOULlife@soul-cycle.com!