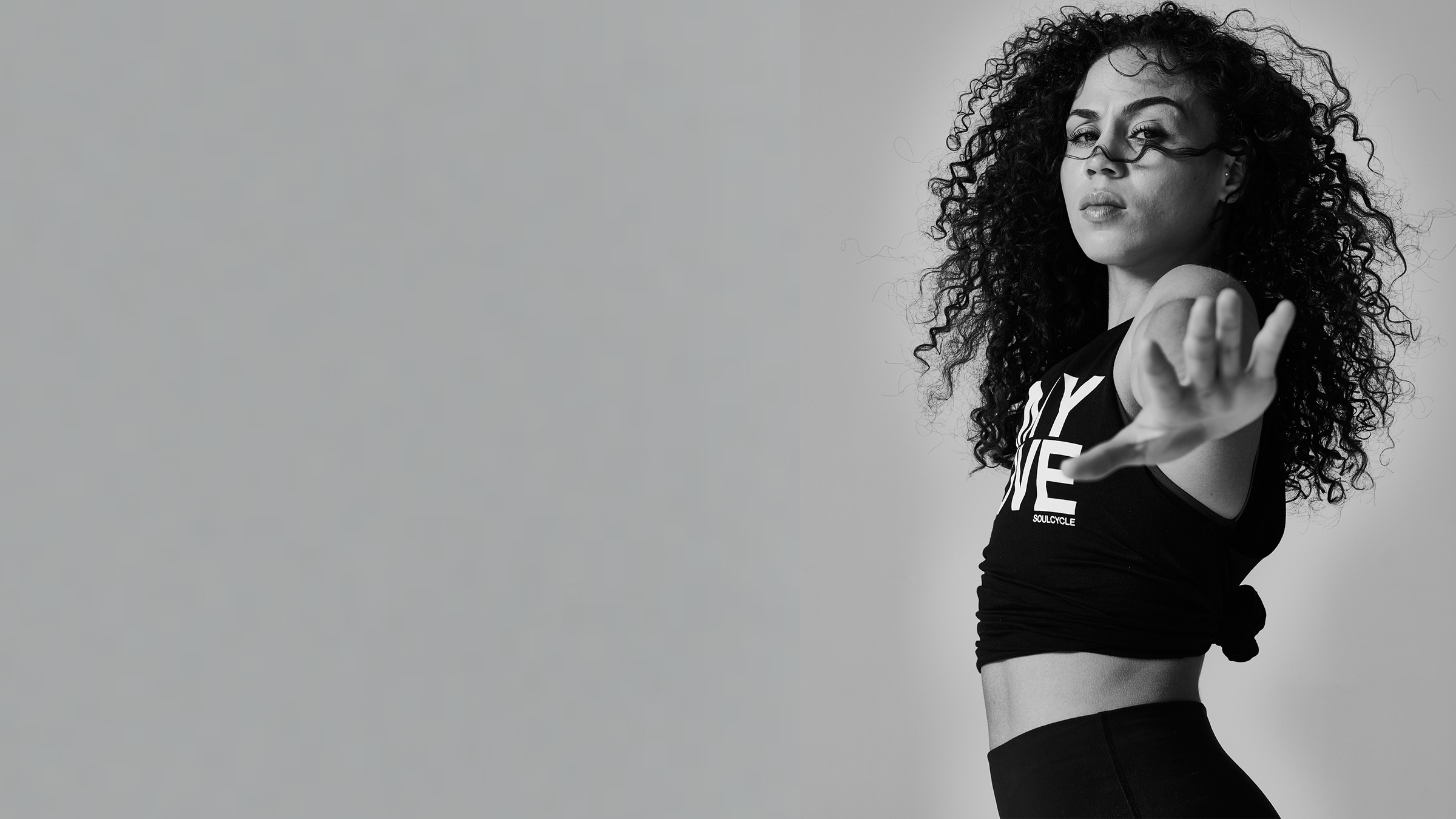 ove is powerful. Together we can be a voice of unity, support and acceptance in and out of the studio. This month SoulCycle instructors are sharing their Army of Love stories. Up next is New York City instructor MABEL MARQUEZ.

When I was growing up, what was celebrated as pretty wasn’t what I looked like — I’m Dominican and I have hips and curly hair. These attributes made me self-conscious about my ethnicity. So while I’ve always been loud, friendly and super talkative, when it came to having a voice and presence in a big situation I would get timid because I didn’t want to be seen as a “too loud” or “too much.” Instead I would just try to blend in with the crowd.

It all clicked for me while going through SoulCycle instructor training last year – it forced me to come into my own and really think about who I am. I learned that I didn’t need to be afraid of my background, and I should be proud to show it in all aspects of my life, from what I look like, to what I feel and to what I’m saying.

Now I never want to forget where I came from or try to deflect from that part of me. Instead I celebrate it! I bring a little piece of my story, my Latina flavor, into my classes – and a lot of the time I do that through music and the songs I grew up listening to.

Music has been instrumental throughout my entire life. When my parents came from the Dominican Republic to Brooklyn in the 1980s they didn’t know any English. They learned the language by listening to Whitney Houston, Bob Marley and George Michael. Despite their cultural differences, they used music to connect to their new community — and that’s so badass.

I see music as a language of love. And while my parents definitely don’t understand what I do for a living (‘what are you doing riding a bike if you have a college degree,’ they’ve asked me), they understand the power of music and how it’s helped shape my life and how I use it to change the lives of others.

In my classes I like to play songs that combine hip hop influences with island vibes, as well as songs that deliver a strong message such as, “I Can” by Nas, “Changes” by Tupac, “Is This Love” by Bob Marley, “Feel Alright” by Sean Paul, and “Que Es Lo Que Quiera Esa Negra” by El General.

I like to think that I’m a reflection of the enthusiasm and drive my parents had when they came to the United States, and my Army of Love is being able to continue connecting and spreading love and acceptance through hard work and music.

— As told to Bari Lieberman