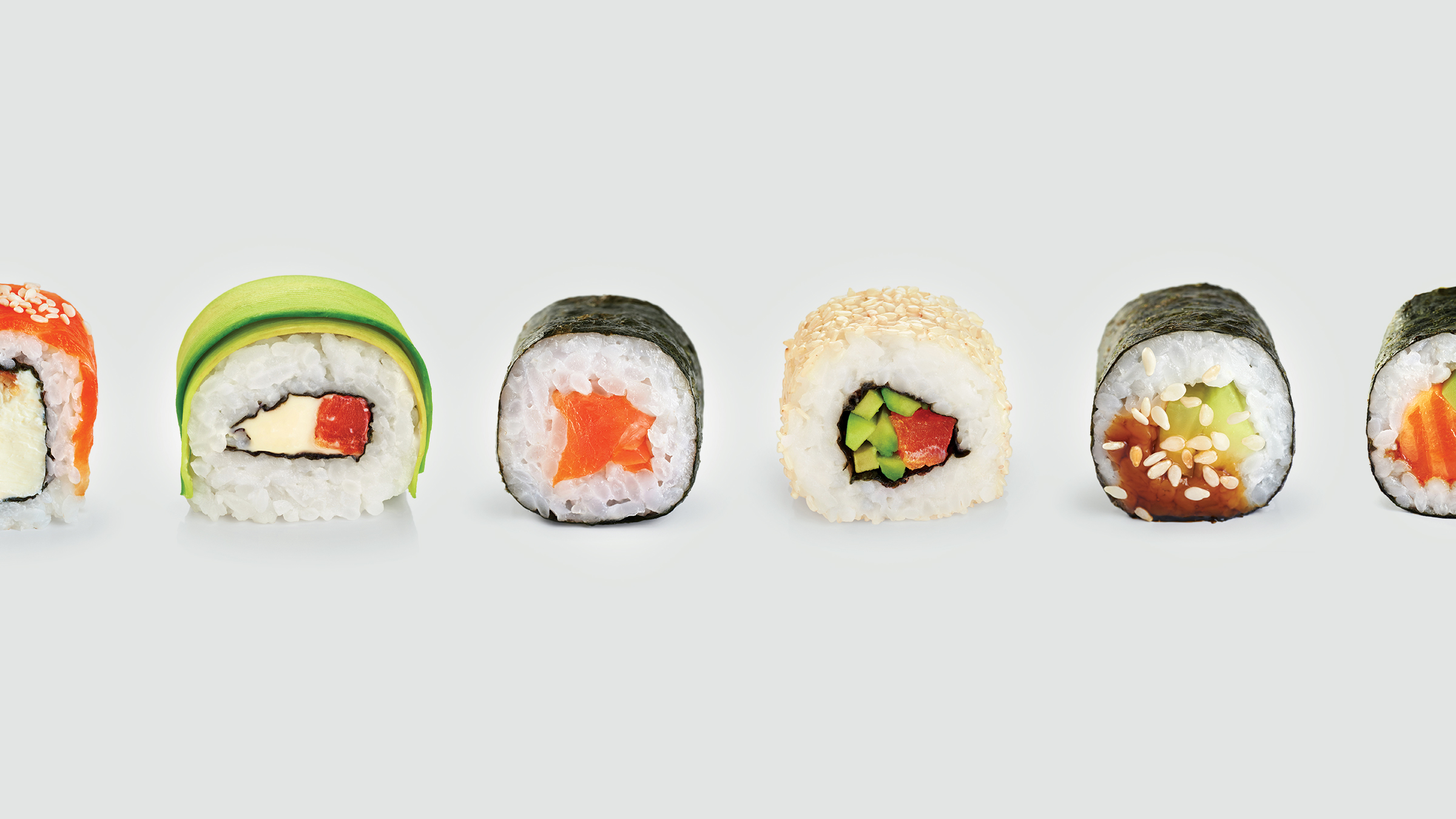 Keep Your Sushi Healthy With These 6 Hacks

ext to foam rolls and on-the-bike body rolls, spicy tuna rolls and California rolls hold a special spot in our Roll Hall of Fame. Get the verdict on sushi's health content, ahead.

There are few greater pleasures than getting a delectable platter of sushi delivered right to your door. But is the takeout staple really a healthy pick for an active lifestyle?

Tara Ostrowe, a registered dietitian, sports nutrition specialist and exercise physiologist based in New York City, says it is — if you make the right choices. "Sushi can go from a light healthy meal that's protein-rich to something that is really lacking in protein and is high in fat and calories," she says. "It can go either way if you're not ordering correctly."

Ostrowe shared her favorite healthy hacks with SOUL to get the most nutritional bang for your delivery buck.

The road to caloric injustice is paved with tempura. It's delicious, but it delivers a disproportionate dose of fat and carbohydrates — "all the things that you were trying to avoid," says Ostrowe. As a lesser blow, instead of skipping the crunchiness altogether, "you can ask for tempura flakes, which would add [fewer] extra calories," she suggests. "[It's] a healthier way of doing the tempura without actually doing the tempura."

BRING ON THE GINGER

That glob of ginger that comes nestled next to your rolls isn't just for decoration. You should add it to your meal, not only for the flavor kick but for the health benefits as well. "I always recommend adding the ginger to give your body an immune boost to help with digestion. It acts as an antimicrobial, helping to detox the body," Ostrowe says. Another tip: ask for a side of the restaurant's ginger salad dressing if you see it on the menu and use it as a flavorful dip instead of spicy mayo.

Addicted to creamy Philadelphia rolls but not loving that cream cheese calorie bump? Look for texture and flavor substitutes. Avocado adds a creamy sweetness that could satisfy a cream cheese lover, and wasabi might fill your craving for heat in place of a spicy mayo. If your preferred order comes doused in a sugary fruit sauce, consider asking for mango in the roll instead.

Consider the humble maki roll that makes up the bulk of your sushi order, and just how much white rice is involved. Restaurants will often offer brown rice or quinoa options for rolls, or, Ostrowe suggests, go rogue with no rice at all. "If you're trying to do lower carb you can order more maki rolls but ask for it to be wrapped with cucumber instead of rice on the outside," she says. If you're making sushi at home, you could even get extra adventurous and try cauliflower rice as a wrapper.

Ostrowe typically recommends two maki rolls and a side for a nutritious sushi dinner, but her perfect order has a bit more variety. For a rider trying to have a lighter, balanced meal, "I'd recommend a salmon avocado brown rice roll with some sashimi, tuna, and shrimp. [Add] an order of edamame, and sometimes the oshitashi (boiled spinach), making sure that there's ginger added and requesting low-sodium soy sauce... They're getting a lot of antioxidant-rich food there, they're getting anti-inflammatory with the brown rice, and it's packed in D vitamins. [It's also] much higher in iron that way, and protein-rich because you're having the combination of sashimi and edamame in addition to the roll, and low sodium so you're not packing in tons and tons of salt."

As for protein, when in doubt, go with salmon. Its Omega-3 levels are high, and it doesn't carry the same high mercury risk as tuna. If you're looking to curb carbs, consider subbing in sashimi for a maki roll or two as well. Similarly, pay attention to sauces: If your roll comes doused in spicy mayo, eel sauce, teriyaki or something else potentially higher in sugar or fat, ask for it on the side so you can decide how much you'd like to have with your meal.

To up the nutrients, add edamame, which boasts plenty of protein, in addition to being a tasty appetizer. "I suggest starting with a salad or edamame or oshitashi," Ostrowe says. "Start with something like that, which fills you up a little bit and gives you a lot more vitamins and minerals. Edamame is useful to add more protein to the meal." Miso soup is also a filling starter that adds protein through tofu.

Time to book some classes? Purchase a series HERE.