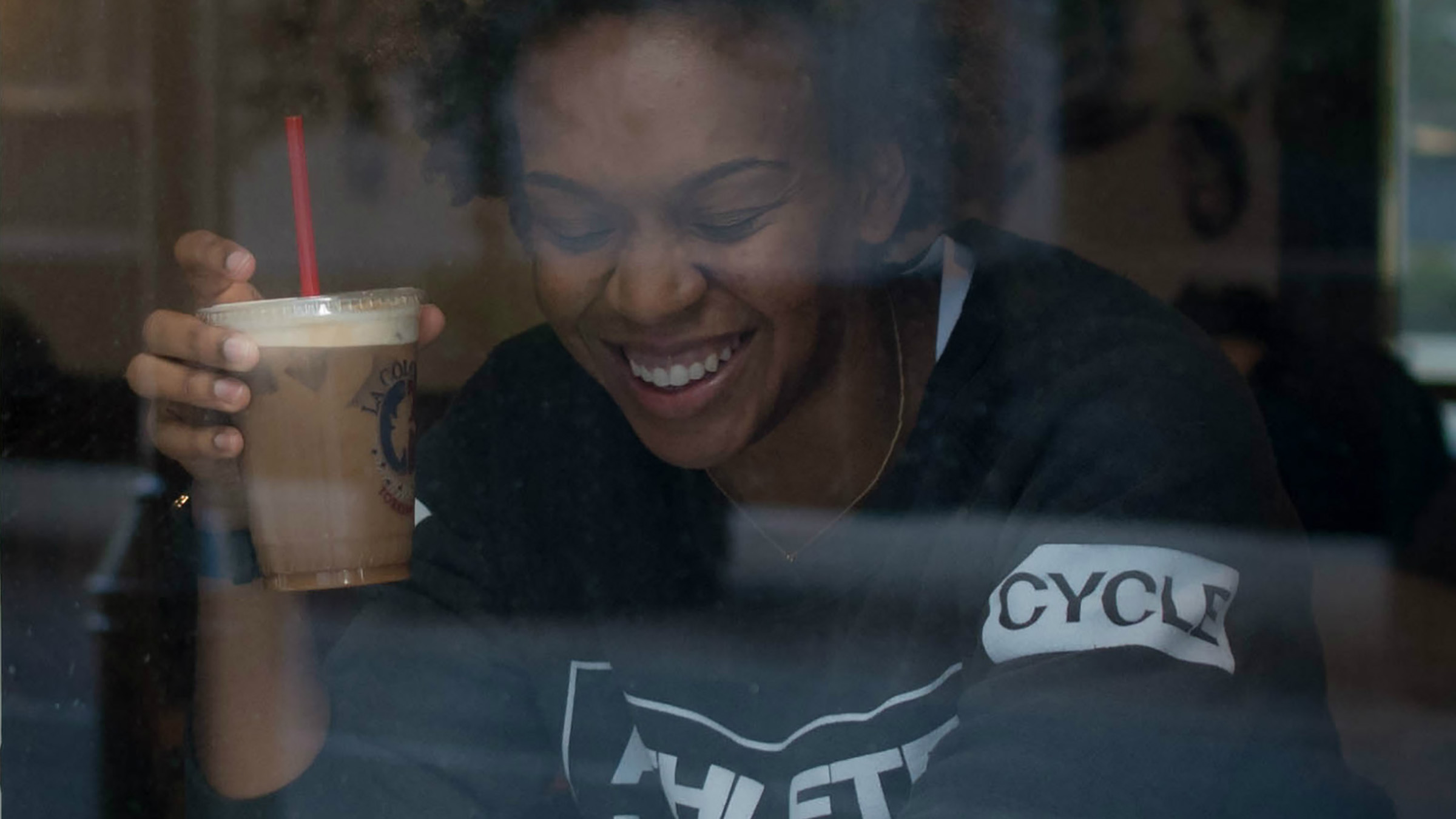 How to Order Coffee

Ian, Sabine, we know you’re rockstars on the podium, but you’re both also qualified coffee guides. Describe your coffee credentials.

Ian: My first job ever was working as a barista at Gimme Coffee! at Chocolate Bar in NYC. I went on to La Colombe at The Standard Grill, where I was a service captain, and my last coffee gig was at Counter Culture Coffee at Maialino – which has one of the top coffee programs in NYC.
Sabine: Not only am I completely and utterly obsessed with coffee, but I also worked as a barista at Starbucks for a while, where I received a few different pins (their version of awards) for my coffee-making skills. I got to meet a lot of really great people and, you know, the perks were pretty amazing... free coffee during shifts!
Fill in the blank: If I didn’t have coffee, I’d ____.
Ian: Probably die.
Sabine: Lose my mind. Just kidding (totally not kidding).
We have to ask: How do you take your coffee?
Ian: I drink filtered coffee with just a little bit of half and half to cut the acid. I'm lactose intolerant and half and half actually has a lower lactose content because of the fat in it. It's also more naturally sweet, so I never have to add sugar.
Sabine: My go-to coffee drink is an iced coffee with two shots of espresso, vanilla syrup and soymilk. I'm from Long Island, so my iced coffee order must always, always be for the largest size they have. 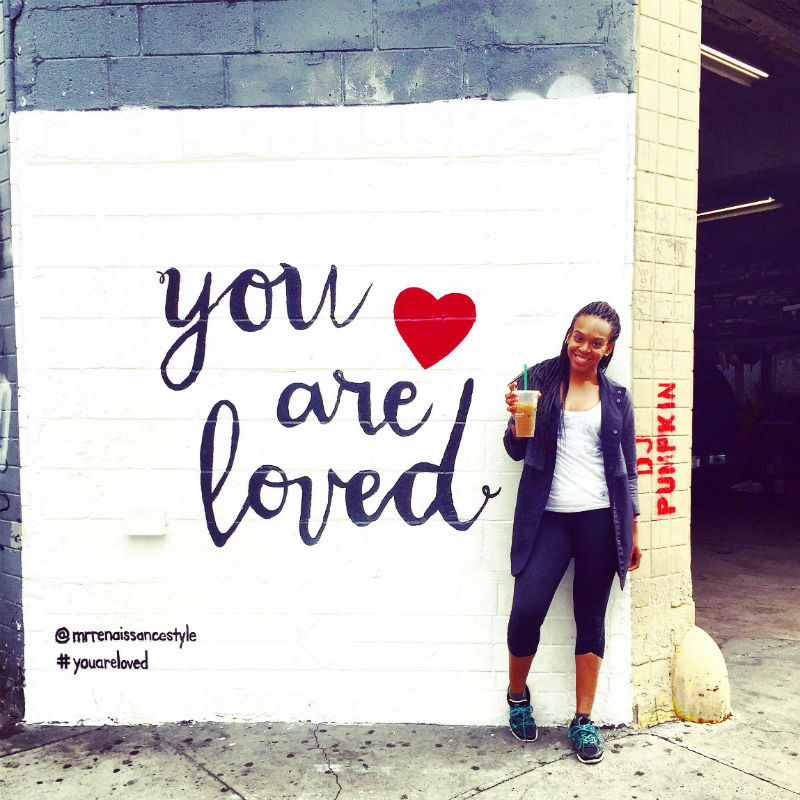 Wow! It seems like there are as many ways to order your coffee as there are moves on the bike. Can you explain the difference between the coffee orders below for the uninitiated?
MOCHA:
Ian: Espresso, steamed milk, and chocolate. Although an amazing alternative way to make it is to prepare hot chocolate, then dump a shot of espresso in it. Coffee enhances the taste of chocolate!
CAPPUCCINO:
Sabine: A cappuccino has shots of espresso and foamed milk. Depending on how a person likes their cappuccino, it can be very light (which means when you pick the cup up, it feels like there is just air in it because the milk is so foamy/frothy), or it can be a wet cappuccino, which is when the milk is equal parts foam and steamed.
ESPRESSO:
Ian: Espresso is TECHNICALLY a process, not a bean. To become espresso, coffee beans are ground to a fine grind, then packed to a specific amount of pressure before near-boiling water is pulled through the grounds. The standard serving size is .8 fluid ounces for a ristretto (restrained shot).
A lot of coffee places pull a double or triple ristretto shot where a higher amount of coffee is ground and pulled to create more volume. That's why when you ask for a double espresso, some restaurants or baristas will explain that you're technically getting 4-6 shots if they do that and try to deter you from it.
FLAT WHITE:
Ian: Ah, the Australian latte that Starbucks just made even more popular! They're delicious, but essentially it's just a latte served in a cappuccino portion (remember, caps are generally a smaller serving of coffee with foam). No foam = FLAT WHITE!
RED EYE:
Sabine: A red eye is a regular coffee with one shot of espresso in it.
Ian: They taste awful, but for some are necessary for late nights and early mornings! 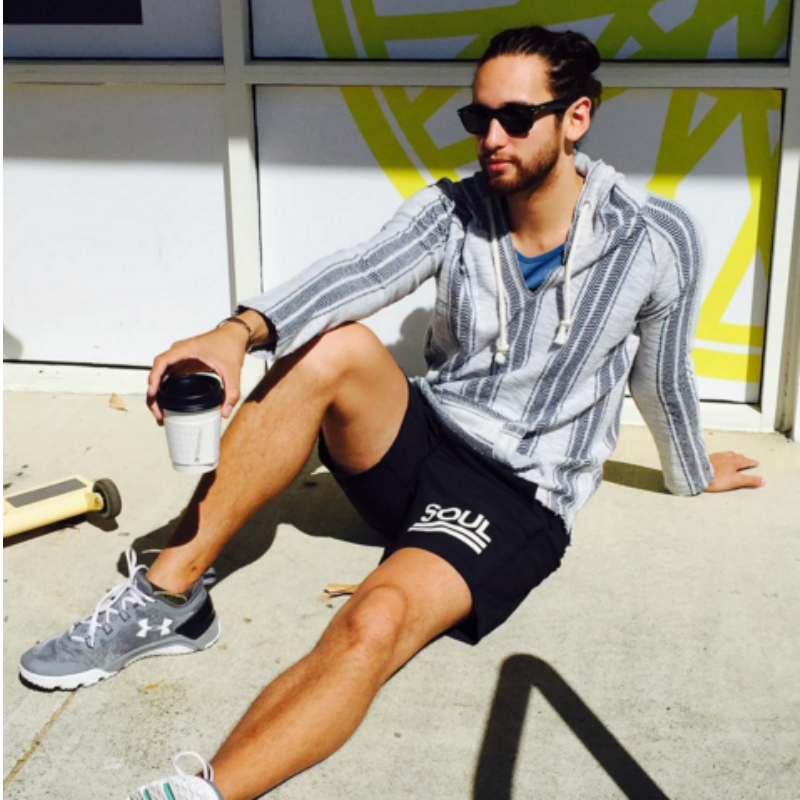 Sabine: Cortado means “cut” in Spanish. A cortado is espresso “cut” with lightly warmed milk. Unlike the flat white, the milk is lightly steamed, so it doesn't have the same creaminess that a flat white might have.
AMERICANO:
Ian: Espresso with hot water. I've worked with some baristas who would just let the espresso machine keep pulling the shot of espresso because after a while, the espresso gets weaker as you pull. They argued that this makes for a stronger Americano, but I found it over-extracted the shot. The best practice is to dump the espresso shot into a cup of hot water. It keeps a bit of the crema from the espresso at the top!
Sabine, when you’re not leading the pack in Ardmore, where do you fuel up on caffeine in Philadelphia?
When I first moved to Philadelphia, I was a little nervous about not finding coffee that I could really enjoy. Thankfully, Philadelphians have proven to me that they love coffee as much as I do! There are coffee places everywhere. Here’s a list of a few that I think are pretty amazing:   La Colombe , obviously. I used to go to La Colombe in NYC regularly and I'm so glad they're here as well!   Grindcore House is a vegan, punk rock cafe. They serve awesome coffee and really great vegan food too.   Green Line Cafes are pretty much everywhere in Philly. You can't go wrong!   Chestnut Hill Coffee Co. is an unassuming, college neighborhood type of coffee place. Inside, it’s gorgeous and bright and is the best place to grab a cup of coffee and get some work done.   One Shot Café not only has great coffee, but it's one of the most beautiful places in the city.
Ian, where do you get your coffee fix in San Francisco?
Saint Frank on Polk Street is my neighborhood place, but San Francisco is known for INCREDIBLE coffee. Sightglass, Four Barrel, Blue Bottle and Wrecking Ball Coffee Roasters are my favorites. However you really can't go wrong. It's pretty hard to find a bad cup of coffee in SF!

Ian before, during and after coffee
Fill in the blank: A tap-back is to SoulCycle as ___ is to coffee.
Ian: Water. It's a part of the larger picture, is fun on it's own, but is best when combined.
Sabine: Latte. Everyone knows a latte and Everyone who goes to SoulCycle knows what a tap-back is -- you don't even have to think twice about it!
OK, you've made us thirsty. Any parting wisdom?
Ian: My favorite part about coffee was learning the different processes behind making it. I worked with people who treated coffee like wine and it became so interesting. I learned that South American coffees are bigger and bolder and African coffees can be light and delicate; that dark roast literally means that you're burning the bean. Think of roasting coffee like cooking a steak: Dark roast is well done, light roast is rare.
The coffee world is super interesting, and all you have to do is find a really cool barista who's willing to share their knowledge with you. The people behind the espresso machine know more than you think!
Sabine: As much as I love my go-to drinks, I really enjoy trying out different types of coffee. I encourage everyone to get creative with their coffee orders and the places they get their caffeine. Try out new places – don't just stick to the same places you go to on the regular! Think outside of the box when you order because honestly, there is no wrong way to have coffee.  I'll see you on a bike, fully caffeinated, real soon!
Ready to ride? Grab a series HERE, then catch classes with Sabine in Ardmore or clip in with Ian in Marin and in San Francisco at Castro and Union Street.
MORE FROM SOUL 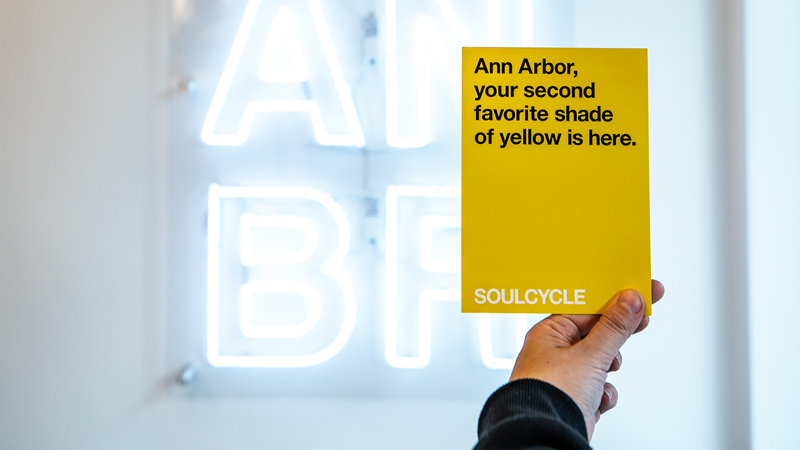 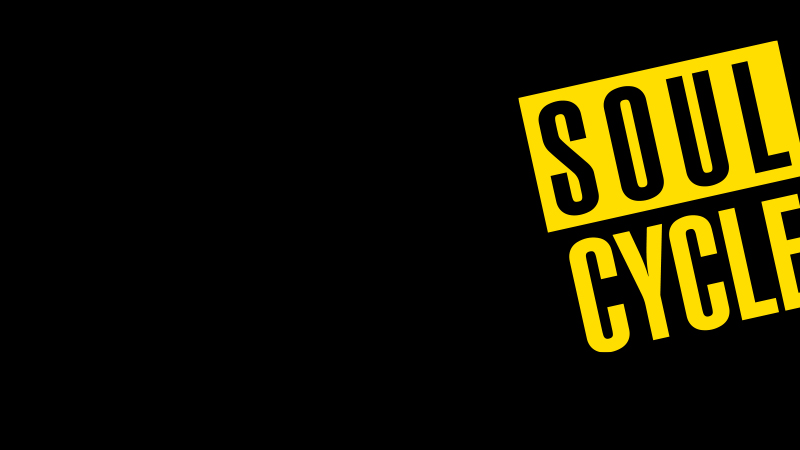 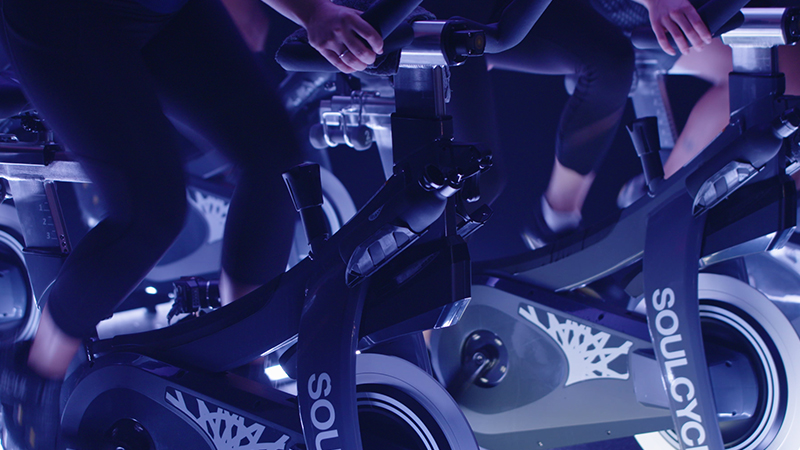