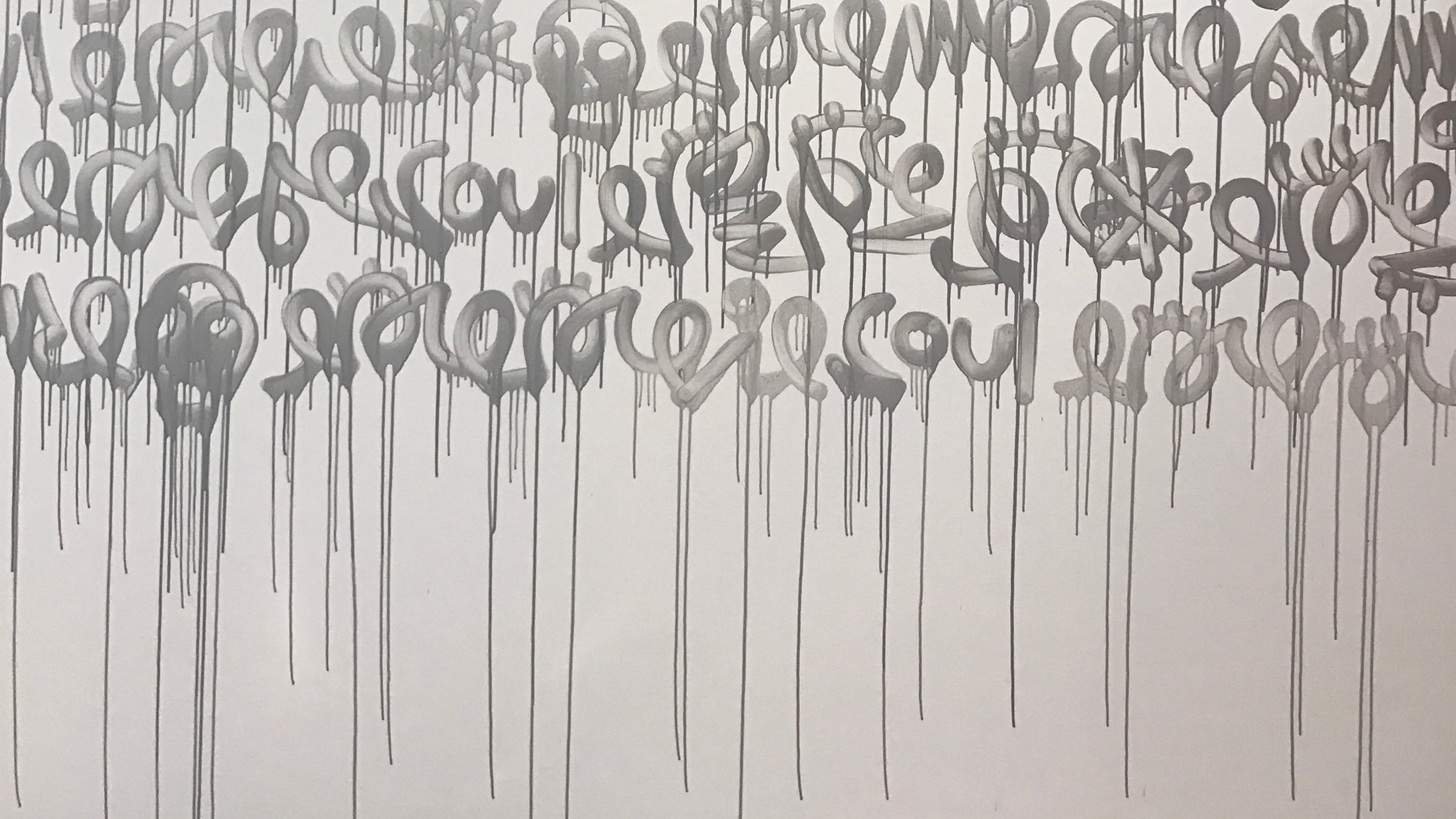 hen you walk in the just-opened Rittenhouse Square studio, you’ll be greeted with the signature scent of SOUL's grapefruit candle and a room filled with shiny new bikes. But the new Philly studio has a little something something extra — a massive mural from artist Alic Daniel.

The mural, which is about nine feet high and 42 feet wide, took Daniel two and a half hours to complete. We caught up him to learn more about his creative process behind the installation — and his tip for capturing the perfect Instagram photo of it.

What inspired your mural at the Rittenhouse Studio?

The scribbles are a meditative dance. With a dance, you have certain moves that you do, and then when you break one of the rules, something new will come from it. That was kind of how this piece came together. With a lot of my work, the scribbles don’t actually say anything, but with this mural I incorporated the wheel, skull and word “SOUL” to try and capture the essence of SoulCycle. It happened really naturally.

What music did you listen to while painting?

We listened to the new Future album on repeat — we heard it about three times. There were a few of us there, a video team and some SoulCycle crew, so it wasn’t just me in a studio by myself. I wanted a more playful vibe — the lines will get more confident and expressive when there’s the right music and energy.

What’s your process for creating the mural?

SoulCycle was very open to me doing literally whatever I wanted, which is exciting. They gave me some of the logos and imagery and then told me to use my voice to communicate my feelings. I was really able to express myself.

The scribbles were done left to right, how you would write. We had a general sketch of what it would look like, but then I let things happen naturally: One of the skulls would look a little bigger, drip a little more, or have differently sized eyes. You have to allow for those natural mistakes to happen — that’s what makes it more unique and organic. I like to focus on making it a true expression rather than trying to make sure it’s perfect… it’s like a freestyle dance.

I used traditional graffiti tagging tools (a paint marker with a squeeze bottle and felt tip) and some silver paint with a special concoction to help control the drop. While it looks messy, it’s actually very controlled in how the drips are applied. I have an intense obsession with composition and balance, so I’ll add circles or dashes to create balance throughout the work.

Any tips for capturing the perfect Instagram picture of the mural?

The best would be the classic straight on. We set it up in a very selfie-able way. (Don’t forget to use the hashtag #RHSQ when sharing your pics!)

What motivated you to become an artist?

I was raised to be an artist. I grew up around galleries, thinking they were magical places. I rebelled a bit and moved to Nashville to play the guitar and become a rock star but that lasted about two weeks — until I realized I missed creating art, and I hadn’t met Taylor Swift yet. 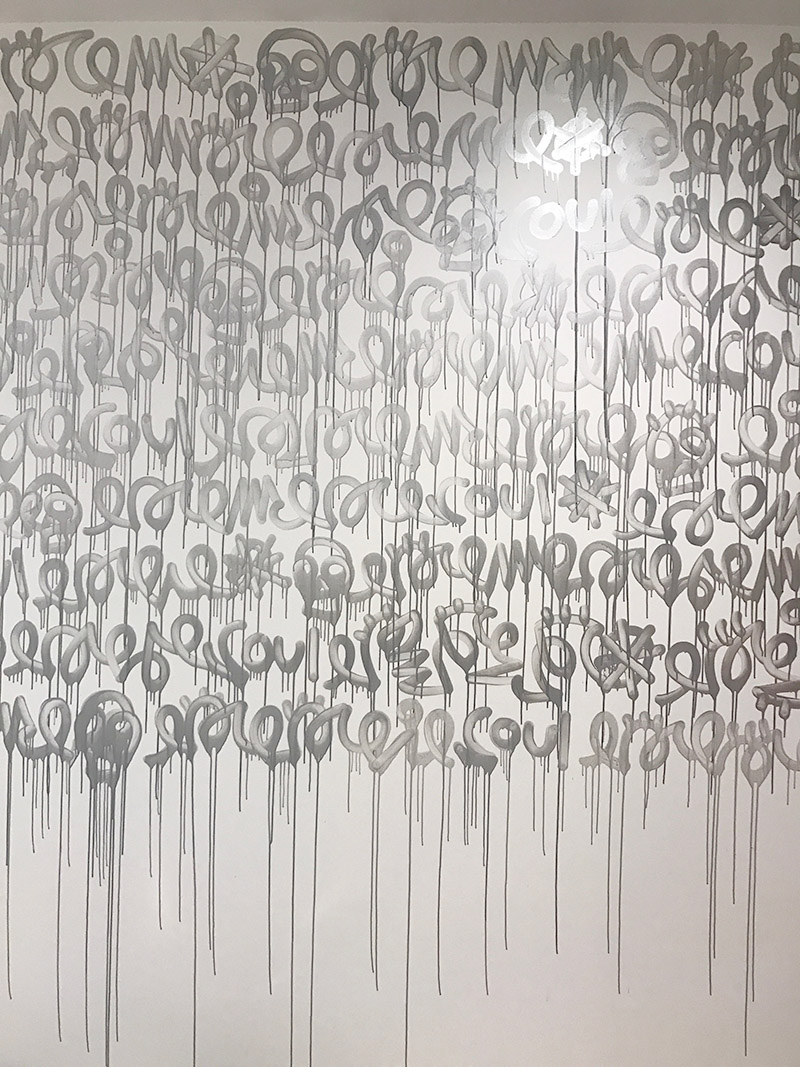